In breaking news I can report that there are no giant tomatoes in the small Queensland town of Roma.

And despite widespread confusion in the Italian community, neither does it brings to mind the soaring antiquity, Renaissance glory, post-Byzantine significance and mythological lore of its namesake in northern Italy. Where The Eternal City proudly shuffles upon a shag pile carpet of culture, Roma has to be reminded to scrape its boots on the mat.

What Roma does have is the demonstrable pride of being the birthplace of Ray Meagher, the actor who plays fictional soap opera legend Alf Stewart from Home and Away, whose exquisite lexicon includes, Strike me pink! You flamin’ galah, you let the mongrels escape!

That and a lot of coal seam gas…

Which is why this well-heeled agricultural centre, the food bowl of the Darling Downs, has suddenly come over all sleek-sneakered gym bunny in the midst of a ‘roid rage incident.

Tired utes bearing rangy mutts, bailer twine belts and empty streets full of remember whens  have been supplanted by a vicious swarm of activity that buzzes frenetically, a fluoro orange aura beating from within it.

This is a boom town, heavy with expectation and the cloying smell of lucre.  High-vis tradies crowd the coffee lounges, pie in hand, while rigs bristle with antenna and reflective striping, an alien colony intent on domination.

The tired determination of country Australia has been browbeaten by a high octane optimism that is infective. The Santos shop, front and centre on the main drag, reflects gangs of people in its eerily empty glass; utes with flags, stickered tags and flashing lights dance in formation, the numbers on their doors like ball-room dancers’ ID tags, their flags reminiscent of a marauding Korean tourist group hustling to see the sights first. 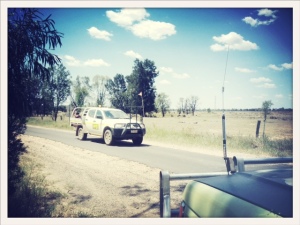 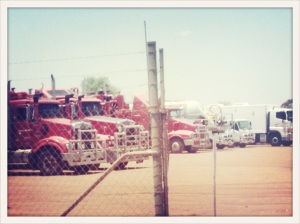 An army on the move

and unmanned servos have appeared like a rash over night.

Crammed motels spew guests into the arms of seedy pubs, while concrete bins and shipping containers (complete with matching sheet sets) double as home. Buildings breed before our eyes as motels and caravan parks are carved out of the dirt, row upon row of low-slung shelter crouching close to the ground. 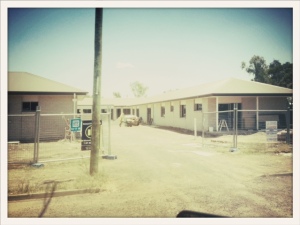 Out of thin air

Out the back of the pub on the way out of town a greying woman sits silently in the dark, smoking a fag and sipping on a can of rum and coke. Her eyes are a lifetime away, lost in a better place, and she makes no attempt to talk but is friendly when we meet in the shower block, a rudely utilitarian place full of clogged drains and virus-like linoleum.

For a moment I consider the possibility her life among the containers is to welcome the workers home, a happy ending to a day streaked with sweat and dirt. The truth is far sadder: her husband, slumped on the bar, spills his fate, “Lost the farm to the bank mate. Had to slaughter all me stock. Bloody mongrels, even took the Mrs’ hair straighteners…”

Half a click out of town and gas flares light the way to the wells, stains of sharp light on a fading horizon: 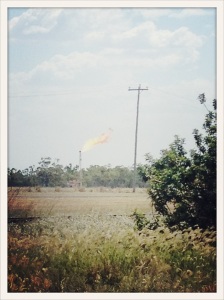 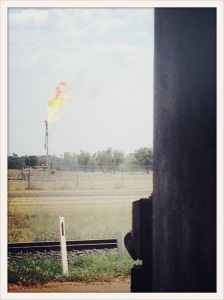 While the traffic continues its haul to the east past endless supply stations: 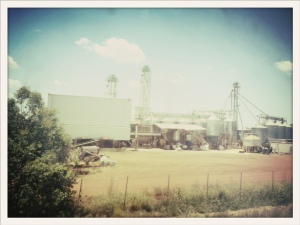 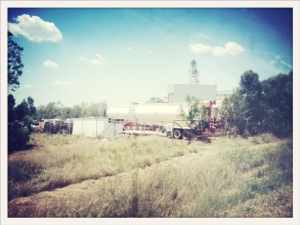 The burble on the CB is constant, a barrage of instruction, though the chatter is careful not to name names. A couple of crumpled Hitachi mechanics (slaves to the machines) fill in the gaps over a beer at the end of the day:

“There’s no locals mate, none. No-one knows whats going on – they got a policy of not employing anyone with an attachment to the land, so it’s all mob from somewhere else yeah? They got a three-week-on, one-week-off schedule and get this mate, when the boys knock off for the week the whole plant shuts down! They reckon it’s so they only got one crew working on it. It’s scary mate. No-one knows what’ll happen here, ya know?”

According to the ABC’s CSG site, ABC: Coal Seam Gas: By The Numbers, coal seam gas means exports, jobs, revenue, greenhouse gases and land clearing. And while there is undoubted economic benefit, the exploration, extraction and export of coal seam gas comes at a searing environmental and social cost.

The few locals that would talk about the Santos GLNG gas field project spoke of bustling streets and swollen end-of-year figures, of libraries with readers and pools that splash. But many also admitted they didn’t understand the specifics, of facts and figures that sift through fingers like sand. 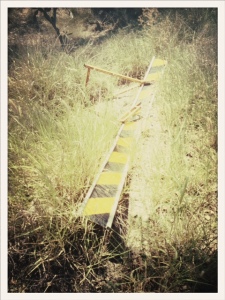 1 thought on “It’s all fracked”