The Secretary, in a well-considered manner, grabs a knife and stabs efficiently at an entirely innocent map: “We shall go here. Now”; the edict comes down. The paper tears into a tiny fold, its edges frayed and flapping, and for a moment I think she means Punchbowl. Summoning the courage to tell her we have already been there and her head must be leaking, I realise its the fold – its swallowed Campsie whole.

Like a flap of skin jammed beneath meaty thighs and sticky with the sweat of close proximity, Campsie is tucked conspiratorially between Belmore and Ashbury, Clemton Park and Harcourt (the suburb that died).

Strange streets that seem banished from my map are flighty creatures that wriggle and stop without warning. Lead skies shroud a greyed-out afternoon, while the screech of the Holden’s fan-belt makes my eyelid tick impatiently and I begin to wonder if this inner western shadow actually exists.

The internet says it does, though every What to do in Campsie inquiry directs the viewer to a skeletal line-up of Korean BBQ joints, chicken shops and Cake World. Apparently this little slice of suburban life also features heavily on the National Public Toilet Map. 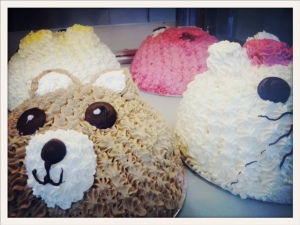 The heart of Campsie looks like an Asian strip mall, albeit under temperate skies without the tiniest dash of humidity. It lacks, however, the notorious smell and sound of the subcontinent, a place that guzzles expectation before burping languorously and leaving an aftertaste of exotic chaos that will never be fully digested.

Here, life is more prosaic. Beamish Street chunters through the middle, a teeming mess of life: I can just imagine the ad hoardings glistening like gems in bright sun, but today the asphalt absorbs light in gloomy resignation: 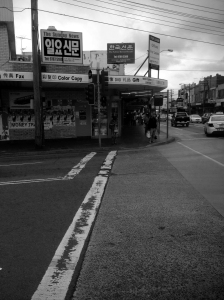 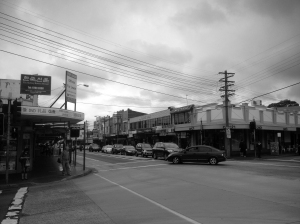 Cheap phone joints bawl and titter, knock-off shops pander to the plastic senses and signs talk in tongues, cursive updrafts of Hindi and Arabic shouted down by rapid-fire Hanzi and the Altaic Korean script. They brag of bibimap and kimchi, toum, black cumin and MSG: 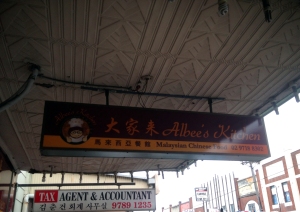 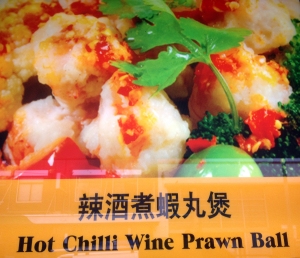 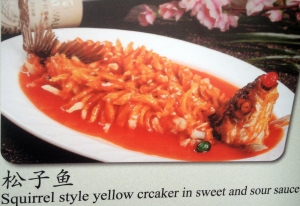 As if compensating for the ominous lack of bright light, savage hits of fluorescent colour spark on the back of my retinas with gaudy promises of brooms and plastic blooms, 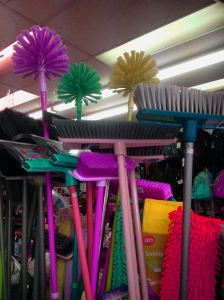 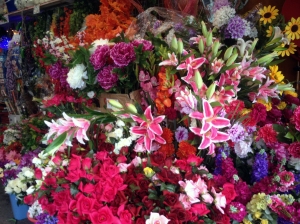 a pink-stripped butcher and Snow Monkey, of which I have nothing to report as I have no idea what it is, though Weekend Notes exclaim it is a ‘thing to do’ in Campsie: 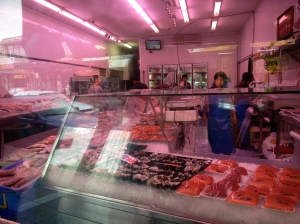 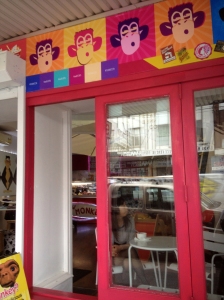 Warming pink aside, in a floodlit mall gilded in concrete and pebble-dash, knecking teens emit warning pulses of “WTF do you want?” Contemptuous eyes and lip-locked mouths snarl a warning: “This is our piss-stained stairwell”.

And from a rough-as-guts pub, garish bastion of the corner, a clutch of greased mechanics drink with a crew of council workers. They stare menacingly at our snail’s pace along the street.

Their corner, their fight, right? Swill-time has started early and they are ready to brawl. 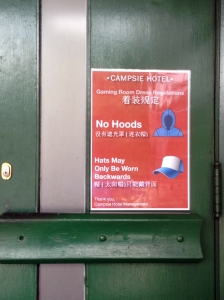 We seek sanctuary in Denoy’s, a barber’s shop from the past that has a new lease on life. Repurposed as an old timers’ card palace, Denoy’s is flooded with jocular warmth and filled with the scent of cardamom and coffee and unfiltered cigs. 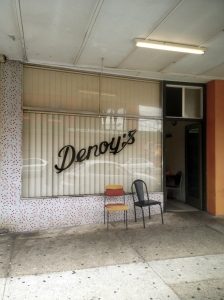 A grey-haired grandfather strolls over; “Please, you come in, see for yourselves? You wanna play cards? You wanna coffee?” I ask how the men know each other and he replies,

“As you get older you fight with your wife. This place here? It gives us something to do, some place to be. We play cards, we drink coffee, we smoke. It’s good, you know?”

There are cosy pockets of the past here, jostled between the pings of a non-stop-can’t-put-it-down-must-have-it consumerism. Denoy’s is just the first hint. Across the road, Wally & Ossie’s pizza joint warbles a siren song of foot-long garlic bread and Chianti from the ’70s. 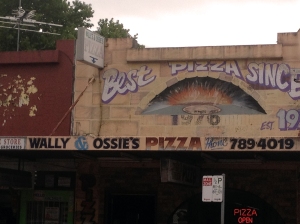 And Bruno and Marian’s is a picture of retro cool, flecked with nostalgia, 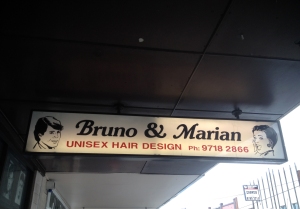 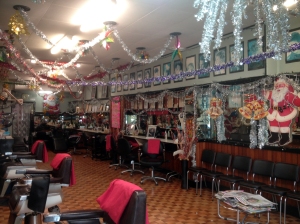 its window pane a living memory. 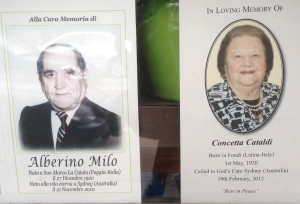 A sign for Homy Ped shoes – the hoof of choice for an aging generation – age-spot creams, the Gentle Dentist and an eyebrow wax that promises immediate youthful rejuvenation are further indication. 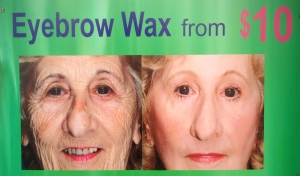 There is a sense of temporal mutation here, a stubborn past captured in sepia that can’t be outshone by the bawdy neon of now. An Asian butchers looks suspiciously as though it is sited in what was once the undertakers: 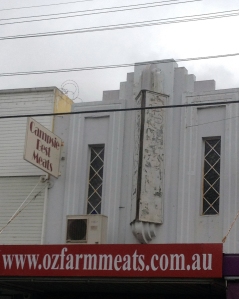 while directly behind a young girl playing an ocarina in the shadow of the war memorial on Anglo Road, two blokes tweak the sound system on their souped-up Suby, mids and tweeters squabbling for supremacy of a track entitled Take Yo Bitch. 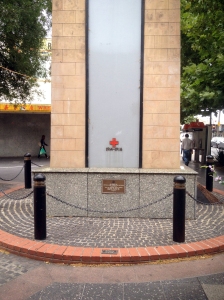 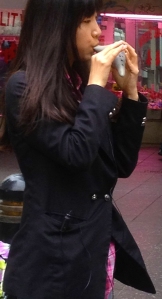 Even the pub’s logo is reminiscent of dentures: 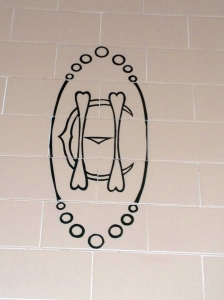 Campsie’s old bones poke through tears in its new skin, a sharp jab, a knocked knee, a dislocation in time that cheapen a rapidly applied slick of external varnish.

I wonder how long it will be before they are encased in a tougher skin, a skin that refuses to let them jut out to escape their wives or get a perm beneath the tinsel? It will be a sadder day when this jangle of bones is retired at last.